How many kind Auto Sensors , Car sensor. and how they work. 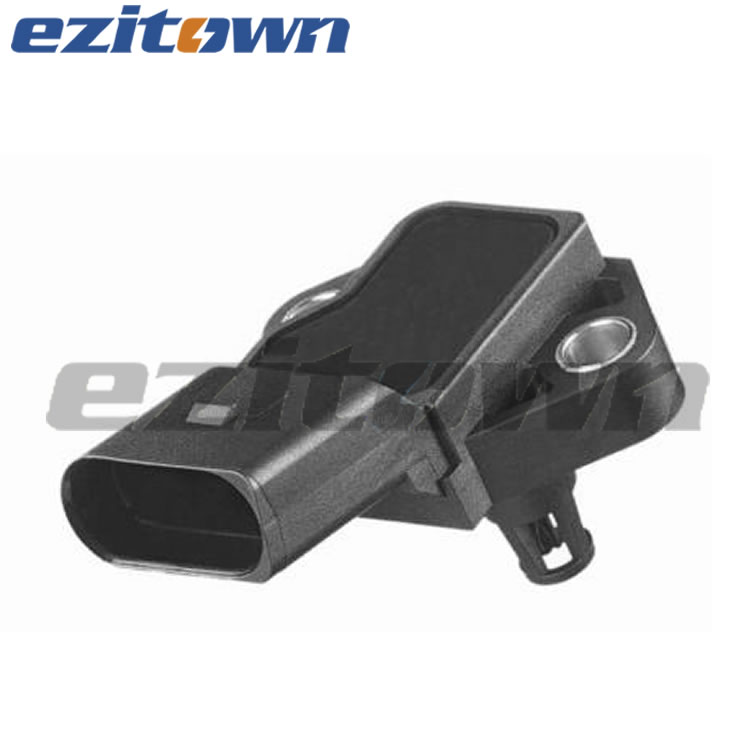 Vehicle sensors are the input devices of the automobile computer system. It converts various operating conditions of the automobile, such as vehicle speed, temperature of various media, engine operating conditions, etc., into electrical signals and sends them to the computer so that the engine is at its best Working status. There are many automotive sensors. When judging the fault of the sensor, you should not only consider the sensor itself, but the entire circuit where the fault occurs. Therefore, when troubleshooting, in addition to checking the sensor, the wiring harness, connectors, and related circuits between the sensor and the electronic control unit should also be checked.
Chinese name automotive sensor application automotive type input device field electronic equipment
table of Contents
1 Detailed introduction
2 Test characteristics
▪ Test similarity
▪ Test equipment
▪ Other requirements
3 Common types
▪ Odometer
▪ Engine oil pressure
▪ Water temperature sensor
▪ Air flow
▪ ABS sensor
▪ Airbag
▪ Gas concentration
▪ Position and speed
▪ Speed ​​sensor
4 Basic characteristics
▪ Sensor characteristics
▪ Working mechanism
5 categories
6 Development history
7 Market conditions
8 Application status
▪ Application
▪ Temperature sensor
▪ Pressure sensor
▪ Flow sensor
▪ Position and speed
▪ Gas concentration
▪ Knock sensor
▪ Radar sensor
▪ Body application
▪ Chassis application
▪ Application status
▪ For navigation system
▪ Automatic transmission
9 Application
10 Domestic development
▪ Market
▪ Importance
▪ Domestic sensors
11 Development Trend
12 Technology Development
13 How to detect
Detailed introductionedit
Car sensor
Car sensor (4 photos)
One of the characteristics of the development of automobile technology is that more and more components adopt electronic control. According to the function of the sensor, it can be classified into sensors that measure temperature, pressure, flow, position, gas concentration, speed, brightness, dry humidity, distance and other functions. They each perform their duties. Once a sensor fails, the corresponding device works It will be abnormal or even not working. Therefore, the role of sensors in automobiles is very important.
Automotive sensors used to be used solely on engines, but have been extended to chassis, body and light electrical systems. There are more than 100 kinds of sensors used in these systems. Among the wide variety of sensors, the common ones are:
Intake pressure sensor: It reflects the change of absolute pressure in the intake manifold, and provides a reference signal for calculating the fuel injection duration to the ECU (engine electronic control unit);
Air flow meter: Measure the amount of air sucked by the engine and provide it to ECU as a reference signal of fuel injection time;
Throttle position sensor: Measure the angle of throttle opening and provide it to ECU as a reference signal for fuel cutoff, fuel/air ratio control, and ignition advance angle correction;
Crankshaft position sensor: detects the crankshaft and engine speed, and provides it to the ECU as a reference signal for determining the ignition timing and working sequence;
Oxygen sensor: it detects the oxygen concentration in the exhaust gas and provides it to the ECU as a reference signal to control the fuel/air ratio near the optimal value (theoretical value);
Car sensor
Intake air temperature sensor: detects the intake air temperature and provides it to the ECU as a basis for calculating air density;
Coolant temperature sensor: detects the temperature of the coolant and provides engine temperature information to the ECU;
Knock sensor: It is installed on the cylinder block to specifically detect the engine’s knocking situation, and is provided to the ECU to adjust the ignition advance angle according to the signal.
These sensors are mainly used in transmission, steering, suspension and ABS.
Transmission: There are vehicle speed sensors, temperature sensors, shaft speed sensors, pressure sensors, etc., and direction sensors include rotation angle sensors, torque sensors, and hydraulic sensors;
Suspension: vehicle speed sensor, acceleration sensor, vehicle height sensor, roll angle sensor, rotation angle sensor, etc.;
Let’s get to know the main sensors on the car.
The air flow sensor converts the inhaled air into an electric signal and sends it to the electronic control unit (ECU) as one of the basic signals for determining fuel injection. According to different measurement principles, it can be divided into four types: rotary vane air flow sensor, Karman vortex air flow sensor, hot wire air flow sensor and hot film air flow sensor. The first two are volume flow type, and the latter two are mass flow type. Mainly use two kinds of hot wire air flow sensor and hot film air flow sensor.
The intake pressure sensor can measure the absolute pressure in the intake manifold according to the load state of the engine, and convert it into an electrical signal and a speed signal and send it to the computer as a basis for determining the basic fuel injection volume of the injector. The semiconductor piezoresistive intake pressure sensor is widely used.
The throttle position sensor is installed on the throttle to detect the opening of the throttle. It is linked with the throttle through a lever mechanism to reflect the different operating conditions of the engine. This sensor can detect the different working conditions of the engine and input it into the electronic control unit (ECU) to control different fuel injection quantities. It has three types: switch contact type throttle position sensor, linear variable resistance type throttle position sensor, and integrated throttle position sensor.

Crankshaft position sensor
Crankshaft position sensor, also called crankshaft angle sensor, is the most important sensor in the computer-controlled ignition system. Its function is to detect top dead center signal, crankshaft angle signal and engine speed signal, and input it into the computer so that the computer can press cylinders The best ignition timing command is issued in the ignition sequence. There are three types of crankshaft position sensors: electromagnetic pulse type crankshaft position sensor, Hall effect type crankshaft position sensor, photoelectric effect type crankshaft position sensor. Different types of crankshaft position sensors have different control methods and control accuracy. The crankshaft position sensor is generally installed on the side of the crankshaft pulley or sprocket, and some are installed on the front end of the camshaft, and some are installed on the distributor.
The knock sensor is installed on the engine block to monitor the engine’s knock at any time. There are two types of resonance type and non-resonance type.
Test features
Diversity and rapid change of tested objects
The sensor types commonly used in automobiles include wheel speed sensors, crankshaft/camshaft position sensors, temperature sensors, pressure sensors, knock sensors, etc. In view of the endless stream of models, each sensor with the same function has various differences in appearance, coupled with the increasingly demanding requirements of measurement indicators and production environment, making the traditional single test bench unable to take into account such diverse Sensor production.
Test proximity
In actual production, the test content of different sensors has a certain similarity. Because from the principle of testing, automotive sensors are mainly divided into active/passive, temperature, and pressure sensors. In other words, for different sensors, as long as the test principle is the same, it means that their test instruments and other equipment are also the same.
Test Equipment
Automobile sensor production lines require the use of economical, efficient, automatic, and flexible test equipment, and they must have the characteristics of high automation, high efficiency, high productivity, and high reliability. Sensor manufacturers hope that after a one-time investment, the test equipment itself can be continuously expanded to effectively support the latest products and higher performance index requirements, thereby ensuring the effectiveness of equipment capital investment.
other requirements
In order to ensure production quality, the equipment needs to have certain production process statistics capabilities and help reduce the problem of reduced production quality due to human factors. Integration and intelligence are the development trend of automotive sensors. If only the final test is carried out, it is too late to find the problem, so the test will often interact with the production process. In this way, on the one hand, the test equipment is required to be well connected with other equipment on the production line, and on the other hand, information and data sharing between equipment can be realized.
Common types

Odometer sensor
The sensor on the differential or the half shaft can sense the number of turns. Generally, Hall and photoelectric are used to detect the signal. Its purpose is to use the odometer to effectively analyze and judge the driving speed and mileage of the car. Because the angular velocities of the axle shaft and the wheel are equal, the radius of the tire is known and calculated directly by the mileage parameter. Two bearings are designed on the drive shaft, which greatly reduces the torque during operation, reduces friction, and enhances the service life; the original dynamic detection signal is changed to the gear operation detection signal; the original direct-plug vertical gearbox Change to chamfered interface gearbox. The odometer sensor plug is generally on the gearbox, some can be seen by opening the engine cover, and some need to be operated in the trench.
hydraulics pressure
Refers to a micro-electromechanical system that integrates micro-sensors, actuators, signal processing and control circuits, interface circuits, communications and power supplies. Commonly used are silicon piezoresistive and silicon capacitive, both of which are micromechanical electronic sensors generated on silicon wafers. In general, we use the oil pressure sensor to detect how much oil is in the car’s oil, and convert the detected signal into a signal we can understand, reminding us how much oil is left, or how far we can go, It even reminds the car that it needs oil.
Water temperature sensor
Inside it is a semiconductor thermistor, the lower the temperature, the greater the resistance; on the contrary, the smaller the resistance, it is installed on the water jacket of the engine block or cylinder head and is in direct contact with the cooling water. So as to get the temperature of engine cooling water. The electronic control unit measures the temperature of the engine cooling water according to this change. The lower the temperature, the greater the resistance; otherwise, the smaller the resistance. The electronic control unit measures the temperature of the engine’s cooling water according to this change, which is used as a correction number for fuel injection and ignition timing. That is, we can understand the running state of the car, stop or movement, or how long the movement is from the temperature of the engine water temperature.
Air flow

tell me OE number and quantity, you will receive good offer