Oxygen sensor is part of the emissions control system which feeds data to the­ engine management computer. It is to help the engine run as efficiently as possible and produce as few emissions as possible.

Oxygen sensor’s shape and size resemble that of a spark plug. Depending on its placement in regard to catalytic converter, the oxygen sensor can be located upstream or downstream.

The first oxygen sensor was introduced in 1976 on a Volvo 240. California vehicles got oxygen sensors next in the year 1980 when California’s emission rules required lower emissions. Federal emission laws made oxygen sensors virtually mandatory on all of the cars and light trucks built since 1981. And now regulations has stipulated from 1996 and newer vehicles have to equip oxygen sensors. Many vehicles are now equipped with multiple oxygen sensors, some as many as four! 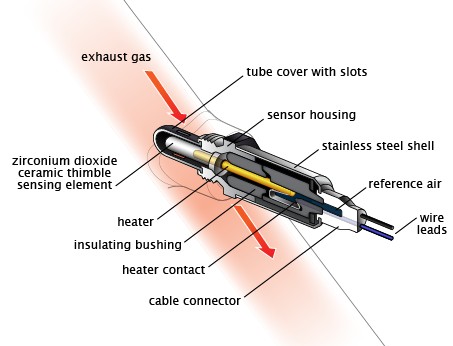